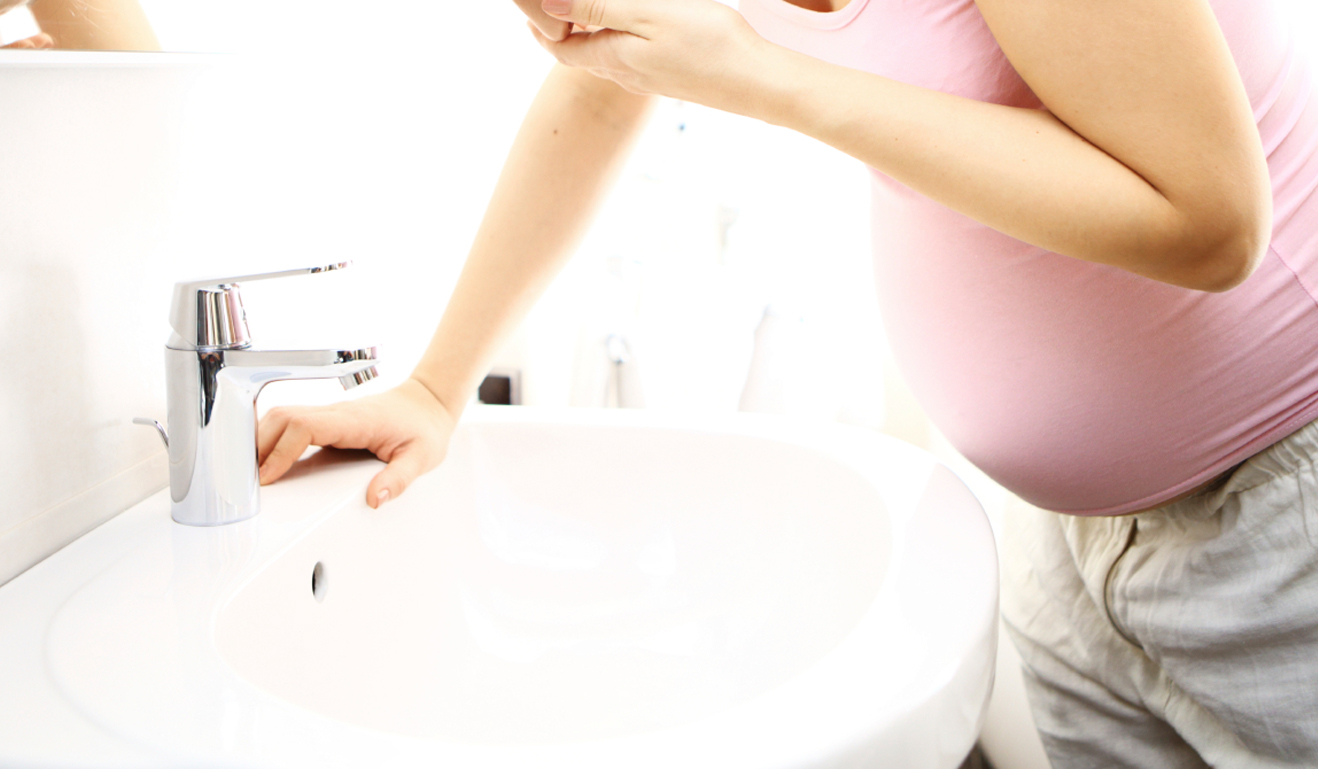 Nausea and vomiting in pregnancy, also known as morning sickness, is very common in early pregnancy. It’s unpleasant, but it doesn’t put your baby at any increased risk and usually clears up by weeks 16 to 20 of pregnancy.

Morning sickness is not harmful to you or your baby, but if you experience excessive vomiting and cannot manage to keep your food down, you may have hyperemesis gravidarum.

During early pregnancy, nausea, vomiting and tiredness are common symptoms. Around half of all pregnant women experience vomiting, and more than 80% of women (80 out of 100) experience nausea in the first 12 weeks.

People sometimes consider morning sickness a minor inconvenience of pregnancy, but for some women it can have a significant adverse effect on their day-to-day activities and quality of life.

Symptoms of morning sickness can include:

No one knows for sure what causes nausea during pregnancy, but it’s probably some combination of the many physical changes taking place in your body. Some possible causes include:

This hormone rises rapidly during early pregnancy. No one knows how hCG contributes to nausea, but it’s a prime suspect because the timing is right: Nausea tends to peak around the same time as levels of hCG. What’s more, conditions in which women have higher levels of hCG, such as carrying multiples, are associated with higher rates of nausea and vomiting.

Another hormone which rises rapidly in early pregnancy, estrogen is also a possible cause (along with other hormones as well).

An enhanced sense of smell and sensitivity to odors

It’s not uncommon for a newly pregnant woman to feel overwhelmed by the smell of a bologna sandwich from four cubicles away, for example. Certain aromas instantly trigger the gag reflex. (Some researchers think this may be a result of higher levels of estrogen, but no one knows for sure.)

Some women’s gastrointestinal tracts are simply more sensitive to the changes of early pregnancy. Also, some research suggests that women with a stomach bacterium called Helicobacter pylori are more likely to have nausea and vomiting. Not all studies confirm this link, though.

Some researchers have proposed that certain women are psychologically predisposed to having nausea and vomiting during pregnancy as an abnormal response to stress. However, there’s no conclusive evidence to support this theory. (Of course, if you’re constantly nauseated or vomiting a lot, you certainly may begin to feel more stressed!)

To quell morning sickness before it starts, try keeping a few crackers by your bed and slowly eat a few before you get up in the morning.

Cold, slushy drinks like an Italian ice, ice chips or frozen lemonade are great options to soothe your stomach while taking in fluids. Try making refreshing strawberry and peach ice pops to relieve your nausea while taking in folate, B vitamins and vitamin A.

Nausea’s not easy to ignore, but finding something — anything — to take your mind off it may help you forget it for a while. Read a book, do a Sudoku puzzle, or go for a short walk. Some moms even claim that exercise relieves their nausea, but make sure to talk to your doctor before going that route. And of course, listen to your body — if you start feeling tired or queasier, it’s time to stop.

Drinking plenty of fluids throughout your pregnancy is important, but even more so if you’ve been unable to keep anything down. Try flavoring your water with lemon or lime if you’re having difficulty meeting an eight-glass per day requirement. Drinking sports beverages that contain glucose, salt and potassium will help replace electrolytes lost during vomiting and can help keep your energy up.

Ginger is often used as a traditional remedy to settle the stomach and alleviate queasiness. Look for drinks made with real ginger or try grating fresh ginger into hot tea. Gingersnap cookies and ginger candies can also help.

“I was told to put lemon in my water to help with nausea or even to smell fresh lemon for nausea. Smelling didn’t work completely but it was nice. The water seemed to help though. I think it helps make it not so hard on the stomach.” —gostomskiart

“For nausea, the only thing that worked for me was peppermint candies and toast!” —kaylisue005

Food may be the last thing on your mind when you’ve been feeling nauseous all day, but an empty stomach often worsens the symptoms.

Eat frequent but small meals that are packed with nutrients but on the bland side as acidic, fatty or fried foods can further irritate your digestive system. Try making a plate of fresh veggies, pita, yogurt and cheese for a no-cook, cold meal that will be less odorous than a hot plate of food.

Whether it’s the less-than-pleasant whiff of the garbage truck rumbling by, or the smell of your coworker’s perfume in a crowded elevator, certain scents will turn your tummy. “Morning sickness is often smell-associated,” says Miriam Erick, a senior dietician and nutritionist at Brigham and Women’s Hospital in Boston, and author of Managing Morning Sickness: A Survival Guide for Pregnant Women. “Estrogen is the hormone that’s responsible for the sense of smell, and if you’re a high estrogen hormone person — like when you’re pregnant — you have the radar nose of pregnancy. Ugly smells, smells you can’t get away from, and potent smells will make you nauseous.”

You may be all about self-sufficiency and powering through your pregnancy, but being vocal about your feelings to those around you can help alleviate morning sickness misery. Your hubs probably doesn’t know that his scented soap makes you queasy, or that giving you a kiss — post pizza dinner, without brushing his teeth first — gets your gag reflex going. So tell him and let him know what little changes he can make to help you feel better. (And when your mood improves, he’ll feel better too.)

It sounds like a no-brainer, but getting your eight glasses a day can feel like a monumental effort when your stomach won’t keep anything down. Despite that, it’s essential to get your liquids in because the more dehydrated you become, the more nauseated you’ll become, according to Greenfield. To stay hydrated, try different ways of tricking your body into accepting fluids: Erick has found that for some women, salty snacks like potato chips and cheese curls “settle their stomachs and trigger their thirst.” Others swear by crunching on ice chips or sipping ice cold or piping hot beverages. “Temperature makes a difference,” Erick says. “If a beverage is a tepid middle temperature, it sometimes makes people gag.”